Under the last months, The Volvo Group has been running several Foap missions : I’m rolling, At the Ocean, I’m a commuter and Safety to you. If you think for a second about these missions, you’ll find a common factor: Movement. But that’s only one aspect of Volvo Group’s mission – and I don’t mean Foap mission in this case, I mean “mission” as Volvo Group’s pursuit, as their role on our society. Therefore, their latest Foap mission, Working Together, completes the previous ones. After all, we need to sum up our efforts in order to create movement: yes, as Volvo Group’s mission states: Together we move the world.

We at Foap have been honored to work together with the Volvo Group Team. Indeed, there is a lot of teamwork going on behind the scenes. Without teamwork we would never be able to bring new missions to the Foap Community, we’d never be able to make things move.

Let us have a look at things that, together, we have made possible. Remember the winner of the “I’m a commuter” mission, Foaper Jordi Flores (@zhas)? His photo has been posted on Facebook and LinkedIn: 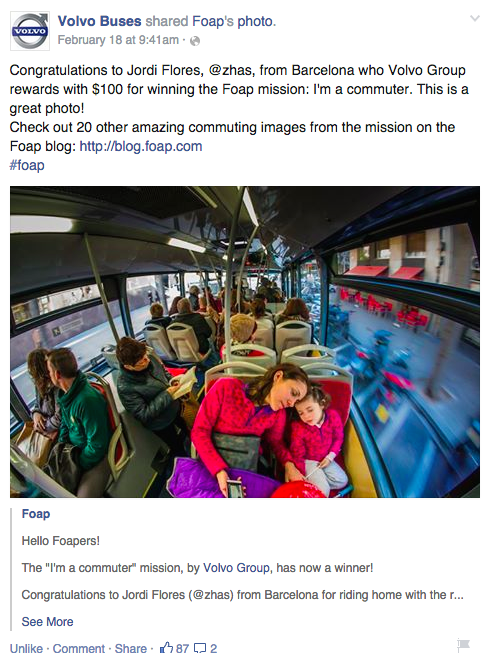 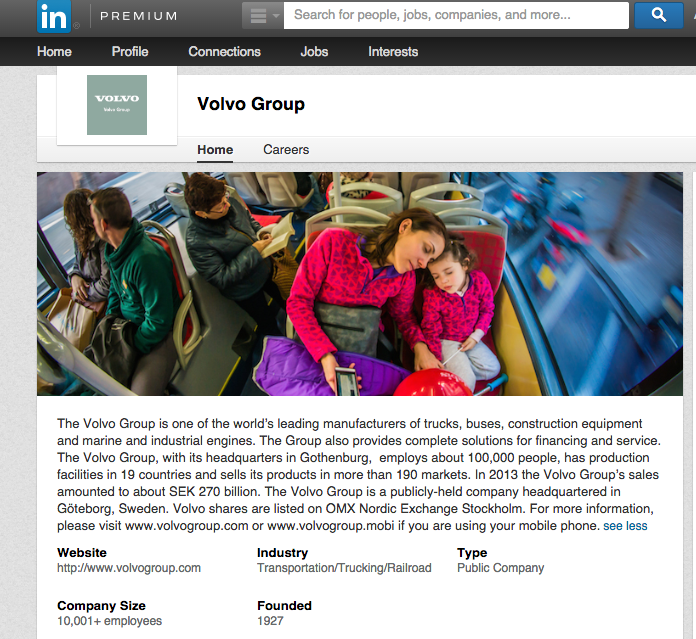 And remember the winner of the “Safety to you” mission, Carrie Martizez? Her photo is being used as Volvo Group’s cover photo on Google Plus and Facebook: 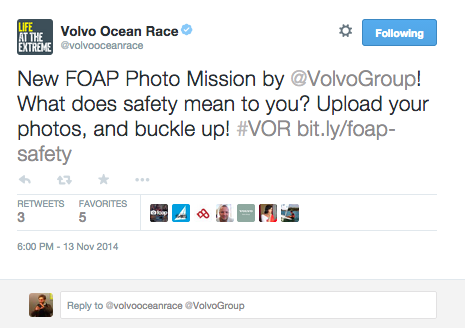 Now, we need to keep working on a team. The Foap Team and the Volvo Team, together. And who is the Foap Team? We are – Exactly, you and me. The Foap Team is not a bunch of tech guys coding all day and eating pizza and fried chicken (we will talk about this another day). The Foap team is formed by us Foapers. I Foap, you Foap, she Foaps, he Foaps, they Foap, we Foap.  We are Foap.

Let us show how teamwork makes the difference! Join the Teamwork mission on Foap! Learn more the mission here.