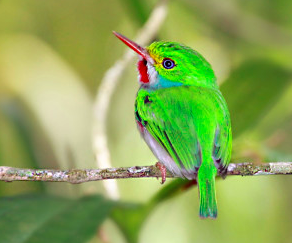 A couple of days ago we asked on our Facebook-page what company had chosen the winner in a mission called Food photos. Not a single person gave us the wrong answer – the answer was of course ENIRO! Simon Marlow was one of the foapers who answered the question. We asked him to tell us a bit more about himself and how he found Foap and also to show us his favorite photo from his Foap portfolio. This is Simon’s story.

I’ve been a keen photographer for about 14 years and have been lucky to travel quite extensively worldwide due to being in the UK military for 23 years, at the last count I have visited 54 countries. Sometimes it was for pleasure and other times it was for military purposes. I left the military in 2007 and embarked on a new career with my other passion as a Web Designer and Creative Photographer.

I’ve been into iPhone photography since I got the iPhone4 when it first came out and could see the great potential in having a handy quality camera with me all the time. But things have really taken off in the past 12 months since getting my iPhone5 with the much improved camera resolution available. As a member of my local photography club in Berkshire, I have the claim to fame that I was the first member to submit and get maximum marks for iPhone photos from an external judge in a competition, not once but for two images on the same night.

It was then I came across Foap and joined, not realizing that it would become such an addictive and a great place to be, with the feeling of being not only another user but a community spirit too. It’s great to be able to both display and to view some stunning smartphone photography from other members of the Foap community.

Choosing a favourite photo was definitely a challenge, but I think it has to come from the genre of wildlife which is one of the subjects I like the best.  I call this shot ‘my shot of a lifetime’ and is of a Cuban Tody which I took during a holiday to Cuba earlier this year. When you read below you will see why it’s a shot of a lifetime in my opinion.

I booked an excursion for a trip to the Cuban rainforest near Trinidad for a day with a small group and a guide. I mentioned this bird to the guide and would we get to see one during the day, he explained it was highly unlikely unfortunately as it is a very shy bird and very rare. If the chance did arise that it was seen, it never stayed around long enough for anyone to get a photo of it anyway. Right near the end of the trip about 10 minutes from the end, it suddenly appeared right in front of us and landed on a branch. In the few seconds it was there, I just pointed and shot off about 10 frames, without realizing when looking afterwards that I got the photo shown here.  It’s the photo I’m most proud of taking, even though it was a bit frantic to point, shoot and hope for the best at the time! 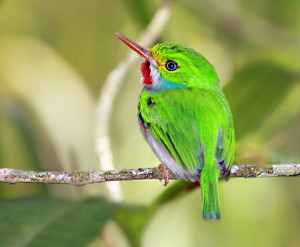